Henderson will play running back for Team Alabama.  He finished his career with 1,719 yards rushing, 329 yard receiving, and 21 total touchdowns. 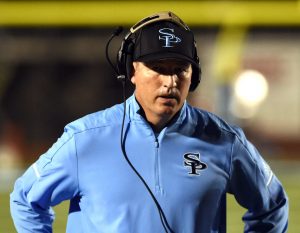 Raney will serve as the Defensive Coordinator for Team Alabama.  He just completed his 6th season as the head coach at Spain Park and has compiled a 44-23 record during that time.