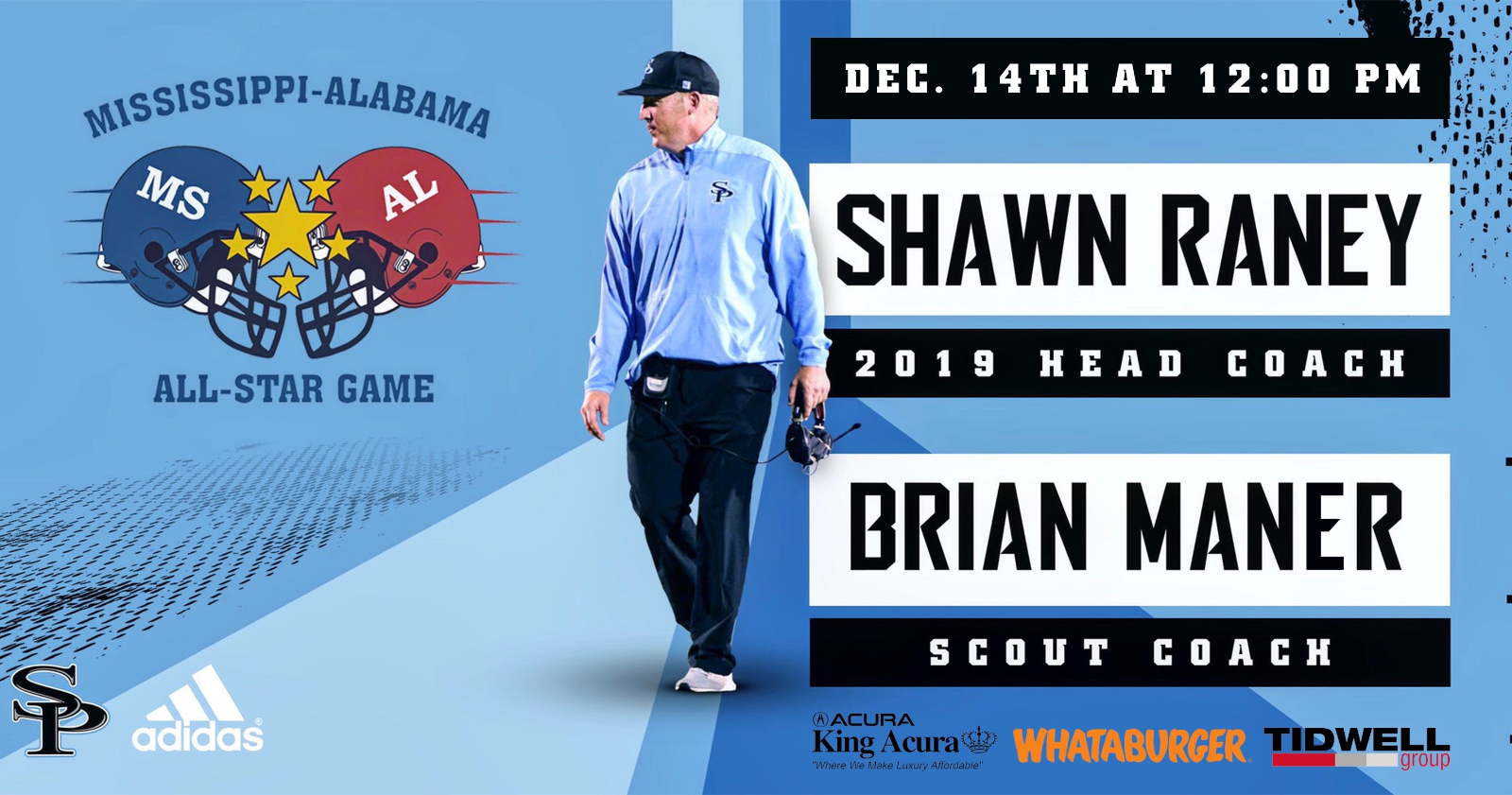 This game is held each year between some of the best senior athletes from Mississippi and Alabama. The first All-Star Game was held in 1988. Alabama currently holds a 22-10 lead in the history of this series.

Raney and Maner will be joined by the following coaches from Alabama:

This year’s game is at the University of Southern Mississippi in Hattiesburg. Kick-off is today, Saturday, December 14th, at 12:00 pm.