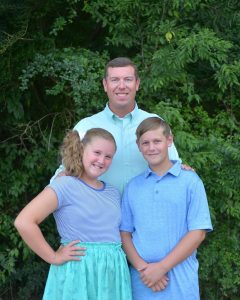 Chris Bell joined Spain Park as the offensive line coach in 2012. Following graduation from Weaver High School, he attended Auburn University where he served as a student assistant. After graduating from Auburn, Chris served in the Alabama Air National Guard. He began his coaching career as an assisstant at East Paulding High School in Georgia. He has coached at Shades Valley High School and Chelsea. He teaches History at Spain Park.