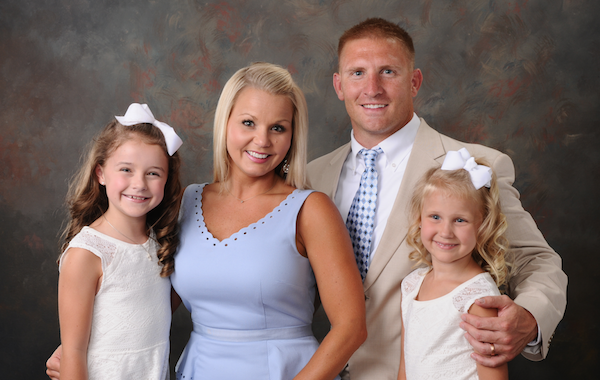 Eric Gibbons is the Head Strength and Conditioning Coach at Spain Park High School & has served in this role since 2012. He grew up in Highland Ranch, Colorado, where he was a linebacker and fullback for Thunder Ridge High School. After high school, Gibbons received a scholarship to play football at Fort Lewis College, a small liberal arts community college in Durango. After two years, he transferred to Colorado State University, where he graduated in 2005. He began his coaching career at Rocky Mountain High School while still an undergraduate at Colorado State University. He then joined the coaching staff at Troy University, where he spent the 2007 and 2008 season as a Strength and Conditioning Graduate Assistant. Coach Gibbons helped develop and implement strength and conditioning programs for several of Troy’s varsity programs. While at Troy University, he coached 2 Consecutive Sun Belt Conference Championships in Football and coached several All-Conference student-athletes. Before coming to Spain Park, he was the Head Strength and Conditioning Coach as well as the Linebacker Coach for 6A powerhouse Prattville High School from 2008 to 2012. His work at Prattville helped develop the strength and athleticism that that exemplified Prattville football.

Coach Gibbons is the son of Dave and Toni Gibbons. He has a brother, Shawn and sister-in-law, Lindsey.