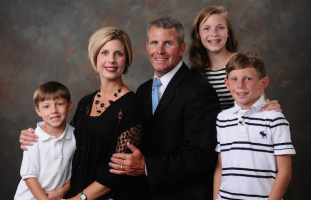 Coach Matt Thompson has served as defensive coordinator at Spain Park High School since 2016 after previously serving as the offensive coordinator. He was raised in Montgomery Alabama and is a 1991 graduate of Robert E. Lee High School. Between 1998 and 2002, Thompson coached quarterbacks at his alma mater, Robert E. Lee. In 2003 he was the receiver coach at St. James in Montgomery. Before coming to Spain Park, he was the Special Teams and Passing Coordinator at 6A powerhouse Oxford High School from 2005-2008 and later took over as the Offensive Coordinator from 2009 to 2010. His reputation as an expert in the passing game and spread offense led Coach Lindsey to bring him to Spain Park for the 2011 season.

Coach Thompson earned his Bachelor of Science Degree in Physical Education from Auburn University at Montgomery.