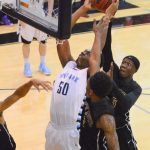 By Jeff Gilliam | preps@al.com on November 26, 2014 10:05 p.m. Spain Park got rolling early with 30 points in the first quarter and cruised past Shades Valley79-34 in the semi-finals of the Rebel Classic at Vestavia Hills. The Jaguars (8-0) built a huge lead early and took a 49-19 advantage into halftime. Austin Wiley led with 22 points, 17 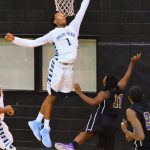 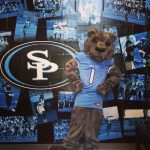 The Sectional swimming & Diving meet took place this past Friday & Saturday at the Birmingham Cross-Plex.  The following Jaguar athletes have qualified for the state championship meet December 12 & 13 at Auburn University.  Congratulations to these athletes and good luck at state! Caitlin Bullard (junior)-200IM & 500 freestyle Jessica Bilek (senior)-200 & 500 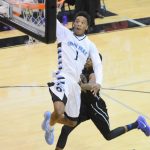 By Ben Cook | preps@al.com on November 21, 2014 10:43 p.m. Spain Park improved to 6-0 with an 84-46 win over visiting Wetumpka. Jamal Johnson led the Jaguars with 19 points including hitting 4 of 6 from beyond the 3-point arc. Austin Wiley had 14 points, five blocks and 11 rebounds. Malik Blanchard scored 11 points and Jamison Floyd added 10. Spain Park took a 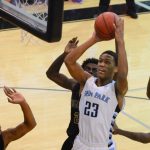 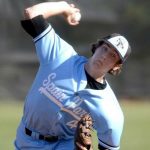 The varsity boys bowling team defeated Indian Springs yesterday in its first ever bowling match.  Bowling is considered an “emerging” sport by the AHSAA, which means it will not have a championship venue this year, but will beginning next year.   Jalen Johnson was the high scorer for the Jaguars posting a 265. Indian Springs