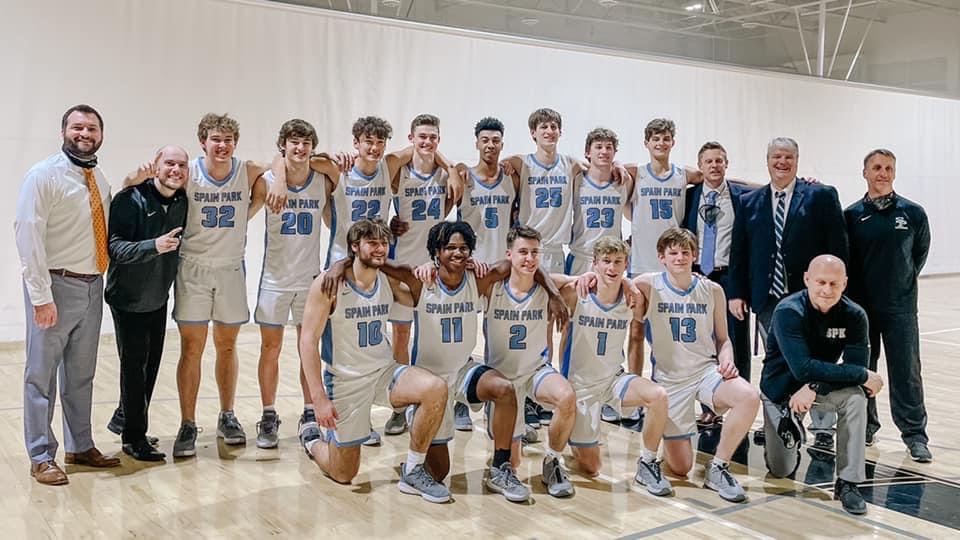 The Spain Park Boys Basketball advanced to the 7A Elite 8 Regional Finals with a win over Sparkman 55 – 45. This marks the second year in a row the team has reached the Elite 8 Regional.

The Jaguars and Senators played a close game through the first three quarters, with each team making several strong runs. But then the Jags took control of the fourth quarter, and outscored Sparkman 15-1 in the final period.

The Jaguars were led by Cam Crawford with 18 points and Colin Turner with 16 points. JR Lambert had 6, and Josh Harrington, Braden Diclemente, and Blake Foyd had 5 each.

The Jags will play Huntsville High School in the Regional Final on Wednesday, February 24, at Jacksonville State University. The game time is scheduled for 11:30 am.