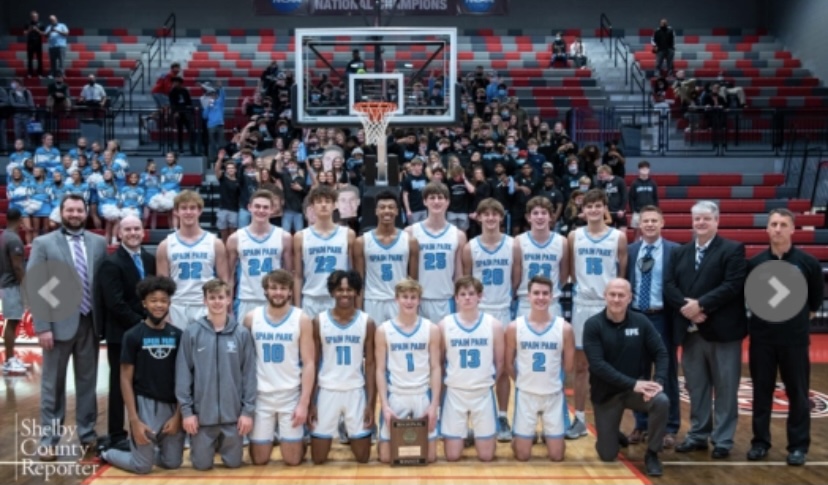 The Spain Park Boys Basketball Team advanced to the 7A Final Four after a hard-fought win over Huntsville 51 – 50.

The Jags and Panthers were in a close game for most of the first half. The Jags took an 8 point lead into halftime, and extended it to 10 points in the 2nd half.

However, Huntsville did not give up, and came back to take the lead late in the game. A layup by Cam Crawford gave the lead back to the Jags at 51-50 with just over 2 minutes to go. Neither team scored after this point, with both teams missing a couple of shots, and with Huntsville missing two free throws and a final shot at the buzzer which banked off the glass.

Spain Park was led by Cam Crawford with 21 points and 13 rebounds. Colin Turner also had a strong game with 13 points and 7 rebounds. Blake Floyd had 5 points, JR Lambert had 4, and Braden Diclemente had 3. Josh Harrington, Blake Hay, and Dawson Defelaco also contributed points. The Jaguars also made crucial free throws and finished 10/12 from the line.

Defensively the Jags were very strong, recording 6 blocked shots, 4 drawn charges, and holding the Panthers to just 36% shooting from the field.

The Jaguars are now in the Final 4 for the 3rd time in school history. They will play Enterprise on Tuesday, March 2, at UAB Arena. The winner will face either Oak Mountain or Auburn for the state championship.