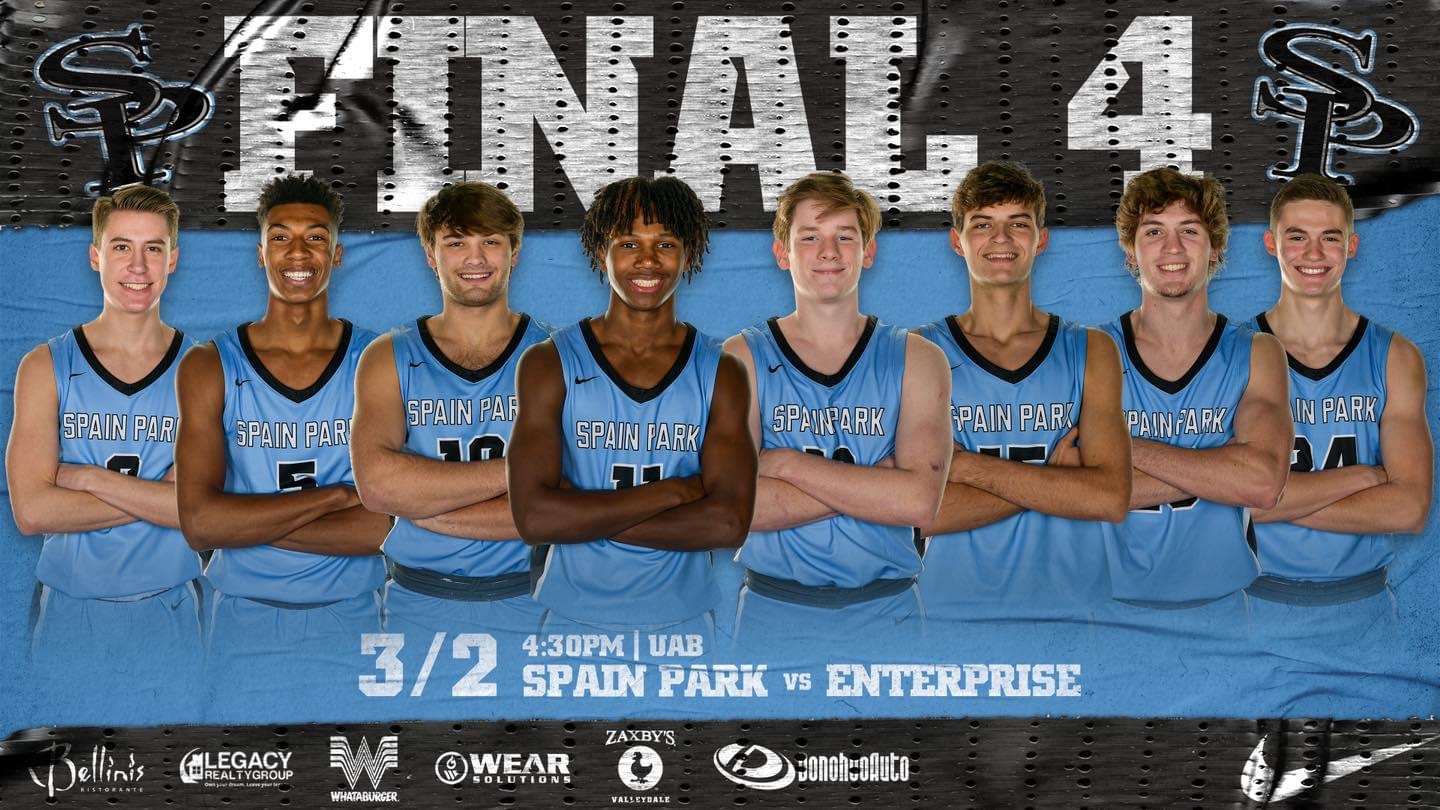 The Spain Park Boys Basketball team lost on a buzzer beater to Enterprise 57-56, in the Final Four Semifinal at UAB Arena.

The Jaguars and Wildcats battled hard for two hours and went into double overtime. The final basket was tipped in by Enterprise as time expired, in what was a fast-paced game from start to finish.

Colin Turner led the Jags with 18 points and 8 rebounds. Josh Harrington had 12 points, JR Lambert had 9 points, and Cam Crawford and Blake Floyd had 6 points each.

The game capped off a remarkable season for the Jaguars, who finished the year with a record of 27-7. Head Coach Chris Laatsch said after the game, “These are great guys. I love my players. I told them in the locker room just a minute ago all I asked you to do was give me a great attitude and a great effort and they did that.”

The eight seniors on the team will be remembered for their tremendous leadership for the past four years:

The underclassmen on this year’s team have helped to set the standard for success in the future:
1 – Josh Harrington
20 – Pierson Cole
22 – Zach Gray
25 – Colin Turner
32 – Caldwell Bussey

Along with Coach Laatsch, assistant coaches Tyler Blackwell, Joel Floyd, Calvin Ganus, Mike Chase, and Jason Zajac did an outstanding job this year with our team.

A big thank you to Alec Etheredge from the Shelby County Reporter, and Kyle Parmley from the Hoover Sun, who have provided great coverage of the Jags all season. Both have written recaps of the game here, along with some great pictures: