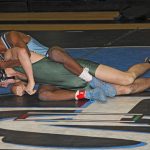 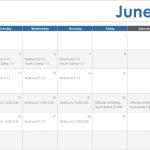 On Friday and Saturday, the Spain Park wrestlers competed in the South Super Sectionals, to qualify for the state tournament  The Jags were able to qualify two wrestlers:  Emmanuel Thuo (126 lbs.) a senior with a  40-18 record and  Andrew Moses (195), a Berry MS eighth grader with a varsity record of 21-21/. Andrew is

On Thursday night, Spain Park wrestlers hosted Mountain Brook and Oxford in a tri-match.  It was also Senior Night where the Jags honored their graduating wrestlers, Dylan Adair, Gaven Pudlik, and Emmanuel “Eman” Thuo.  The graduating wrestlers acquitted themselves quite well winning five of six matches.  Emmmanuel (126 lbs.) had a decision and a forfeit. 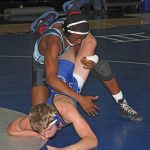 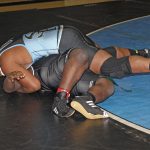 On Thursday night, the Jag wrestlers will host Hoover in the Battle for the Ball. Come out and support your team. Wrestling begins at 5:00 PM. 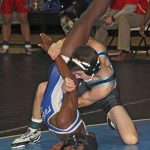 On Wednesday night, the Spain Park wrestling team hosted Carver-Birmingham, Helena, and Tuscaloosa County High Schools in a quad match.  The Jags opened the action with a win over Carver, 57-9.  The Rams were encumbered by numerous illnesses and injuries, and could only field four wrestlers. In the second round, Spain Park defeated Tuscaloosa County, 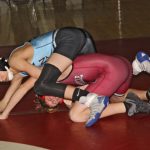